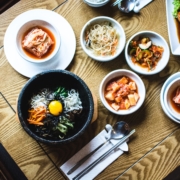 Chances are, you know someone who suffers from chronic fatigue syndrome—a long-term illness characterized by a variety of symptoms, the most common one being extreme tiredness. This syndrome occurs in people of all ages, and even in children. Chronic fatigue syndrome is more likely to develop in women in their mid-20s to mid-40s.

According to many experts, there is no one specific reason behind it’s development. Let’s talk about some of the symptoms of chronic fatigue syndrome and how it can be diagnosed and treated.

While long-lasting extreme tiredness is the most common symptom of CFS, there are many other possible CFS symptoms:

You can see that the symptoms of CFS are very similar to those of many other health issues, which can lead to difficulty and delays in being correctly diagnosed and treated by healthcare professionals.

A few of the potential triggers for CFS symptoms include:

Everyone suffers from viral infections like colds and flus periodically, but if the proper care is not taken to allow the immune system to fully recover, then chronic fatigue syndrome may later develop. Certain viruses have been found to be linked to the development of CFS, such as the Epstein Barr Virus (EBV), the mouse Leukemia Virus and Human Herpes Virus 6 (HHV6).

It’s also said that people whose immune system is weak or impaired are more likely to develop CFS. However, this issue alone isn’t enough to diagnose the disorder.

How Is Chronic Fatigue Syndrome Treated?

The root cause of CFS is often unknown, but the symptoms can be managed effectively with proper care and treatment. Recovery will depend on how your CFS is responding to treatment.

Some of the common treatments are:

Avoiding caffeine, alcohol, smoking and other unhealthy habits can also help CFS sufferers to sleep better and have more energy during the day.

Fungus Among Us!
Common Signs And Symptoms Of Irritable Bowel Syndrome