Dr. Susanne Bennett will share her many years of clinical experience and expertise in all-natural therapies and remedies that can help common health issues such as allergies, gastrointestinal issues, chronic fatigue, autoimmune and endocrine disorders, insomnia, fat loss resistance and much more.

Click Below to Listen:
Brain Hack with Brain Tap

Dr. Patrick K. Porter, Ph.D., is an award-winning author, entrepreneur, and speaker. He is the creator of BrainTap Technology™ a company that produces digital tools for health and wellness. BrainTap’s mind development apps and accessories use Creative Visualization and Relaxation to help people overcome stress and insomnia, lose weight, stop smoking, manage pain, accelerate learning, and much more. BrainTap Tech has produced over 800 custom sessions and has sold more than 3-million books and recordings worldwide. With stress-related health and lifestyle issues at an all-time high, BrainTap has emerged as a leader in the digital health and wellness field. 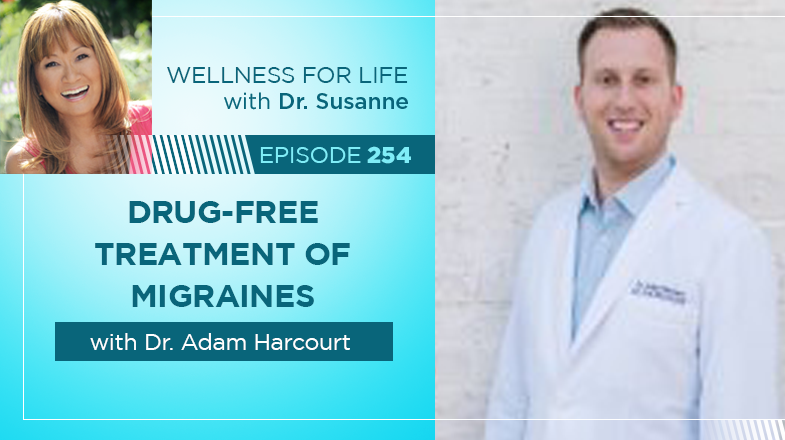 Dr. Harcourt has also created a 150-hour post-doctorate fellowship program and has written a book, both titled ‘Mastering Migraine’. He instructs doctors from all different backgrounds how to treat migraine with his novel, cutting-edge approach based on the latest research. Dr. Harcourt is also dedicated to giving back and has served as Board President at Jodi House Brain Injury Support Center in Santa Barbara, CA this year.

Dr. Harcourt has several papers from 2016 and 2017 that he presented at the International Symposium of Clinical Neurology (ISCN) on his treatment of Concussion and Migraine. He presented his research on Multiple Sclerosis at the ACCRAC in 2014.

Dr. Harcourt has developed his novel Migraine and Concussion treatment programs based on the latest research (some of which is his own), his years of experience seeing patients, and his passion for finding the root causes and correcting them. He has become the go-to doctor for these conditions and his treatment programs bring patients to his California offices from literally all around the world. 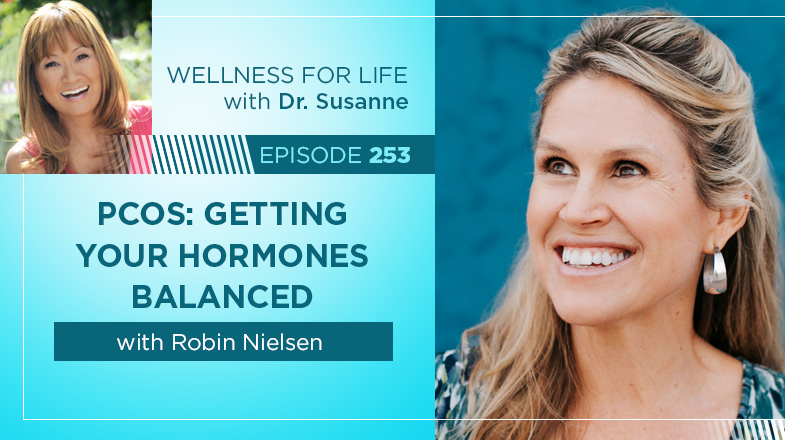 Click Below to Listen:
PCOS: Getting Your Hormones Balanced

Robin Nielsen is a Women’s Hormone and Health Expert. She supports women experiencing symptoms of polycystic ovary syndrome/PCOS, peri-menopause and menopause, like weight gain, fatigue, and anxiety, to become the CEO of their health, so they can grow younger and rock their health no matter what their age. 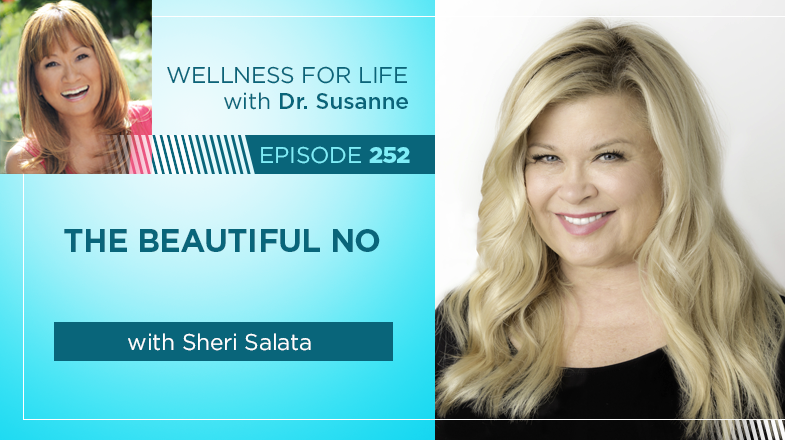 Sheri Salata is a writer/producer, cofounder of the inspirational lifestyle brand, The Pillar Life and cohost of the podcast The Sheri + Nancy Show. Her current ventures are the evolution of her 20-year career with Oprah Winfrey. Her action-packed days as Executive Producer of The Oprah Winfrey Show were chronicled in the acclaimed docuseries Season 25: Oprah Behind the Scenes. Sheri also served as Co-President of Harpo Studios and OWN, the Oprah Winfrey Network. She has been named one of Fast Company’s 100 Most Creative People in Business, The Hollywood Reporter’s Women in Entertainment Power 100 and the 2017 Feminist Press Power Award winners.  Sheri’s first book, The Beautiful No and Other Tales of Trial, Transcendence and Transformation, published by Harper Collins, debuts June 2019. 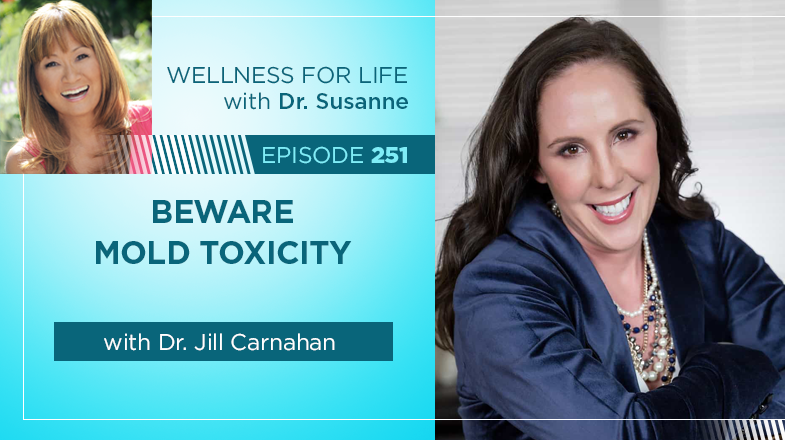 Dr. Carnahan completed her residency at the University of Illinois Program in Family Medicine at Methodist Medical Center. In 2006 she was voted by faculty to receive the Resident Teacher of the Year award and elected to Central Illinois 40 Leaders Under 40. She received her medical degree from Loyola University Stritch School of Medicine in Chicago and her Bachelor of Science degree in Bio-Engineering at the University of Illinois in Champaign-Urbana. She was dually board-certified in Family Medicine (ABFM) from 2006 to 2016 and in Integrative Holistic Medicine (ABIHM) 2015 to present.

Dr. Jill was also part of the first 100+ health-care practitioners to be certified in Functional Medicine through the Institute of Functional Medicine (IFMCP). Following residency Dr. Carnahan’s vision for health and healing resulted in the creation of Methodist Center for Integrative Medicine in Peoria, IL where she served as the Medical Director for 4 years. In 2010, she founded Flatiron Functional Medicine in Boulder, Colorado where she has a widely sought after medical clinic with a broad range of service including medical and nutritional consultations, and massage therapy.

Dr. Jill is a 17-year survivor of breast cancer and Crohn’s disease and passionate about teaching patients how to “live well” and thrive in the midst of complex and chronic illness. She is also committed to teaching other physicians how to address underlying cause of illness rather than just treating symptoms through the principles of functional medicine. She is a prolific writer, speaker, and loves to infuse others with her passion for health and healing! 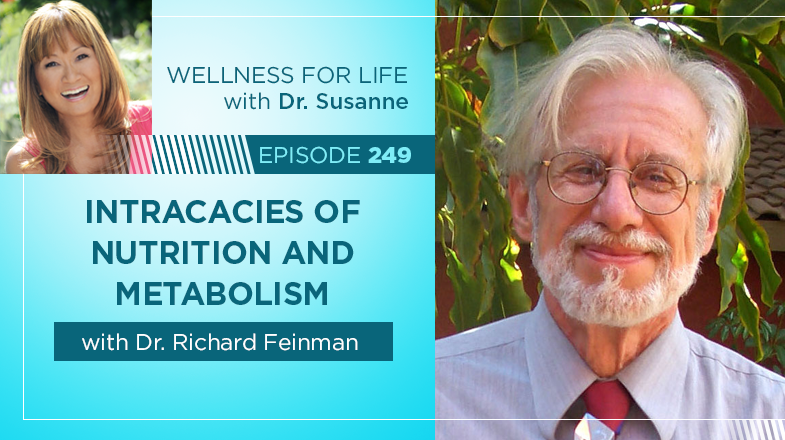 Richard David Feinman, PhD, is a professor of cell biology at the State University of New York Downstate Medical Center in Brooklyn, where he has been a pioneer in incorporating nutrition into the biochemistry curriculum. Dr. Feinman has published numerous scientific and popular papers and is the founder and former coeditor-in-chief of the journal Nutrition & Metabolism. He is the author of Nutrition in Crisis: Flawed Studies, Misleading Advice, and the Real Science of Human Metabolism (Chelsea Green Publishing, March 2019)

Click Below to Listen:
Brain Hack with Brain Tap

Dr. Patrick K. Porter, Ph.D., is an award-winning author, entrepreneur, and speaker. He is the creator of BrainTap Technology™ a company that produces digital tools for health and wellness. BrainTap’s mind development apps and accessories use Creative Visualization and Relaxation to help people overcome stress and insomnia, lose weight, stop smoking, manage pain, accelerate learning, and much more. BrainTap Tech has produced over 800 custom sessions and has sold more than 3-million books and recordings worldwide. With stress-related health and lifestyle issues at an all-time high, BrainTap has emerged as a leader in the digital health and wellness field. 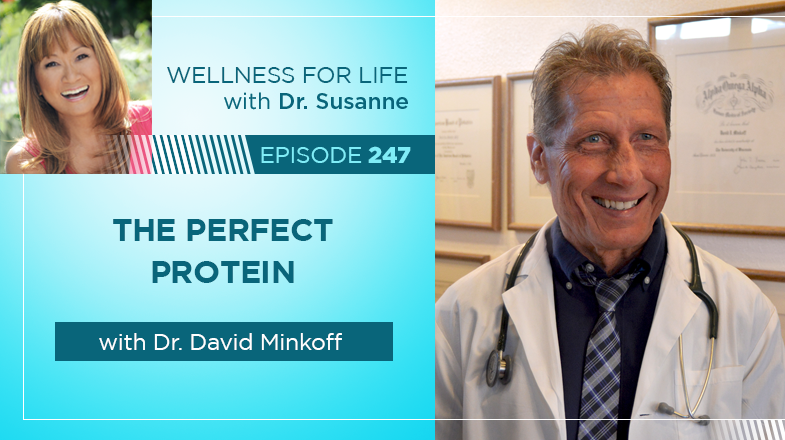 Dr. David Minkoff graduated from the University of Wisconsin Medical School in 1974 and was elected to the “Phi Beta Kappa” of medical schools, the prestigious Alpha Omega Alpha Honors Medical Fraternity for very high academic achievement. He then worked for more than 20 years in the area of traditional medicine before making the switch to alternative medicine when he and his wife, Sue, founded LifeWorks Wellness Center in Clearwater.

LifeWorks one of the largest alternative medical clinics in the U.S, combining more cutting-edge alternative therapies and modalities under the same roof than almost any other alternative clinic in the country.

In 2000, he founded BodyHealth, a nutrition company which offers a unique range of dietary supplements to the public and practitioners.

Dr. Minkoff is passionate about fitness and is a 42-time Ironman finisher, including eight appearances at the Ironman World Championships in Hawaii. 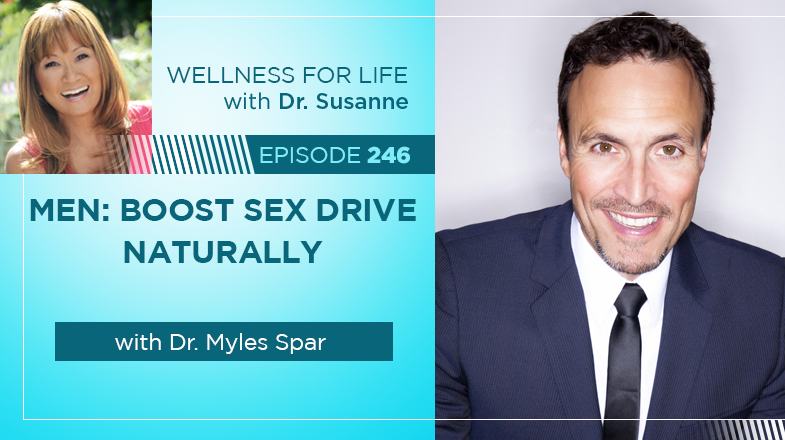 Myles Spar is a board-certified physician who directs the Integrative Medicine program at the Men’s Health Foundation in Los Angeles and at the Simms-Mann Health and Wellness Center at Venice Family Clinic. He is on clinical faculty member at UCLA and the University of Arizona Schools of Medicine and presents internationally on Integrative Men’s Health. He has been a consultant to the NBA, working with many NBA teams on Integrative Medicine issues. He co-edited Integrative Men’s Health from Oxford University Press and has written Optimal Men’s Health: Your Guide to Being Healthy in Order to Win to be released in January 2020.  He founded the optimal men’s health program, Tack180, which provides strategies for men to achieve their goals by staying on their game, health-wise. 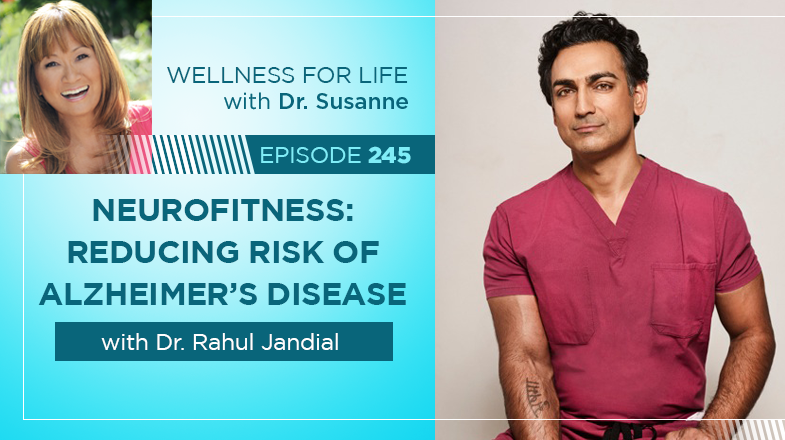 Click Below to Listen:
Neurofitness: Reducing Risk of Alzheimer's Disease

Rahul Jandial, MD, PhD, is a dual-trained brain surgeon and neuroscientist at City of Hope and author of Neurofitness. His nonprofit, the International Neurosurgical Children’s Association, performs surgical missions in underserved areas in Central and South America and Eastern Europe. Dr. Jandial is a regular contributor to KTLA TV in Los Angeles, was a panelist on FOX TV’s Superhuman, and co-hosted a documentary on brain surgery on National Geographic Channel. He lives in Southern California with his wife and three sons.